Circles in rings and rocks at the beach 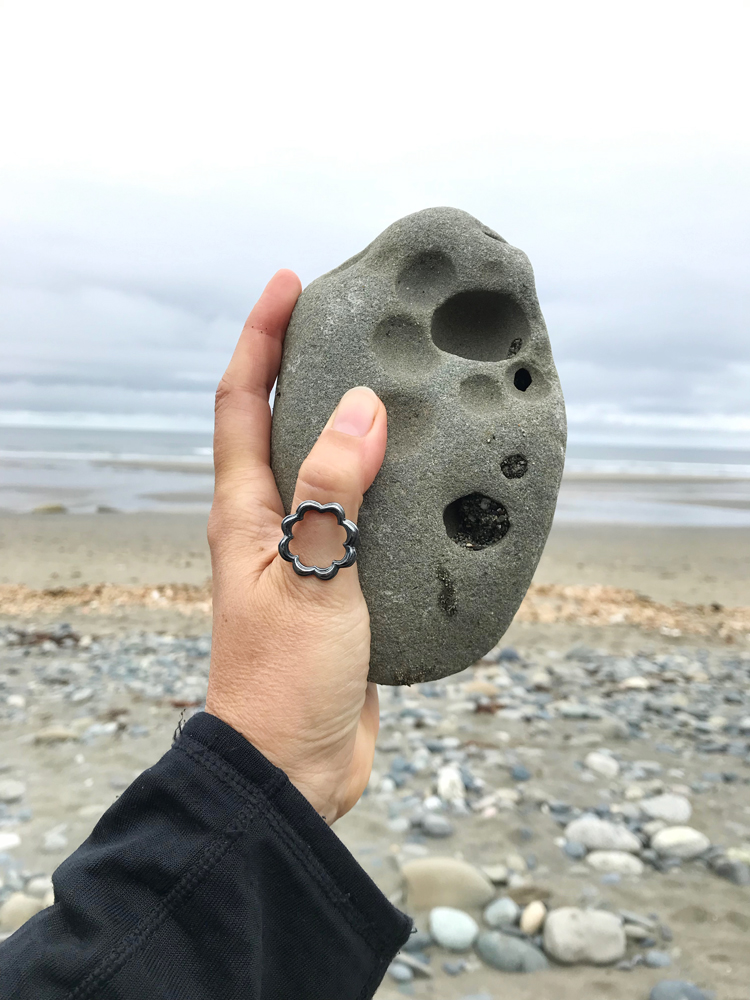 On my recent hiking/camping trip to Shi Shi Beach, I was struck by these fascinating rocks (large and small) filled with perfectly formed circular holes. Most of the holes appeared about the size of a quarter to half dollar and were perfectly uniform. I found these rocks so curious, when we got home I called the Wilderness Center to pick the brain of a ranger. At first she thought I was talking about a worm - which would be terrifying! Once I made it clear the rocks and holes were large, they clarified this was the work of rock boring mollusks called Piddock clams. Much of this rock was only visible at low tide (and on the opposite end of the beach from where we were camping) so I didn’t get the chance to investigate as thoroughly as I would have liked. But some very worn smaller rocks had washed up higher near the river outlet. 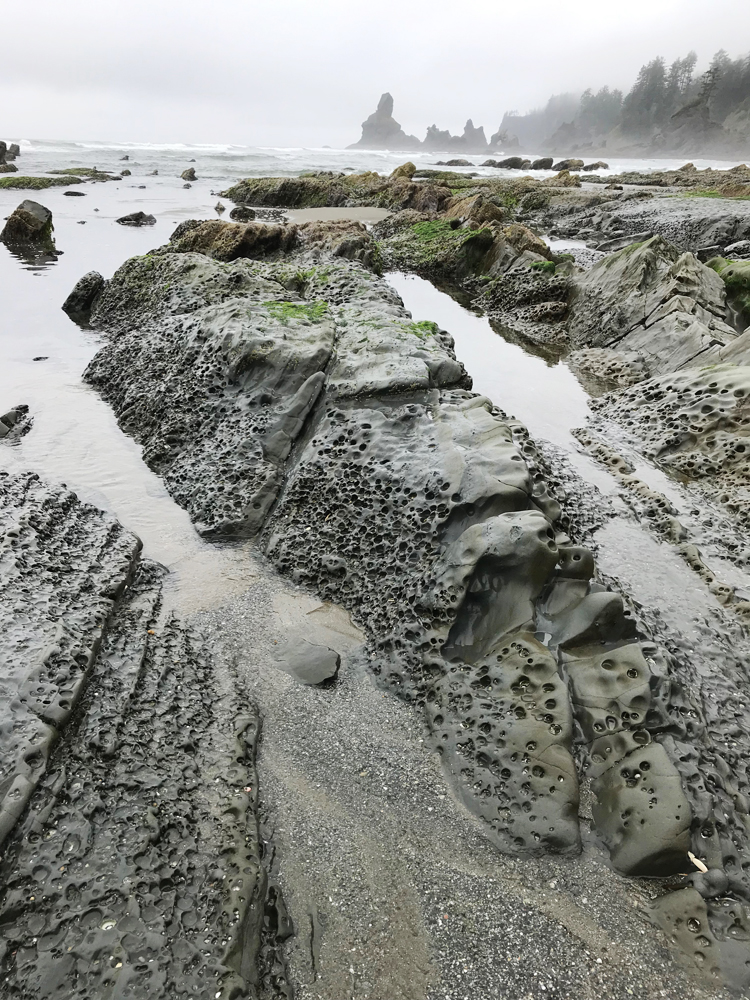 Crazy fun fact - the clams that created these holes live up to 20 years and possibly even up to 50. They also trap themselves in the rock as they bore larger interior holes. I feel like that’s a metaphor for a life lesson somehow… 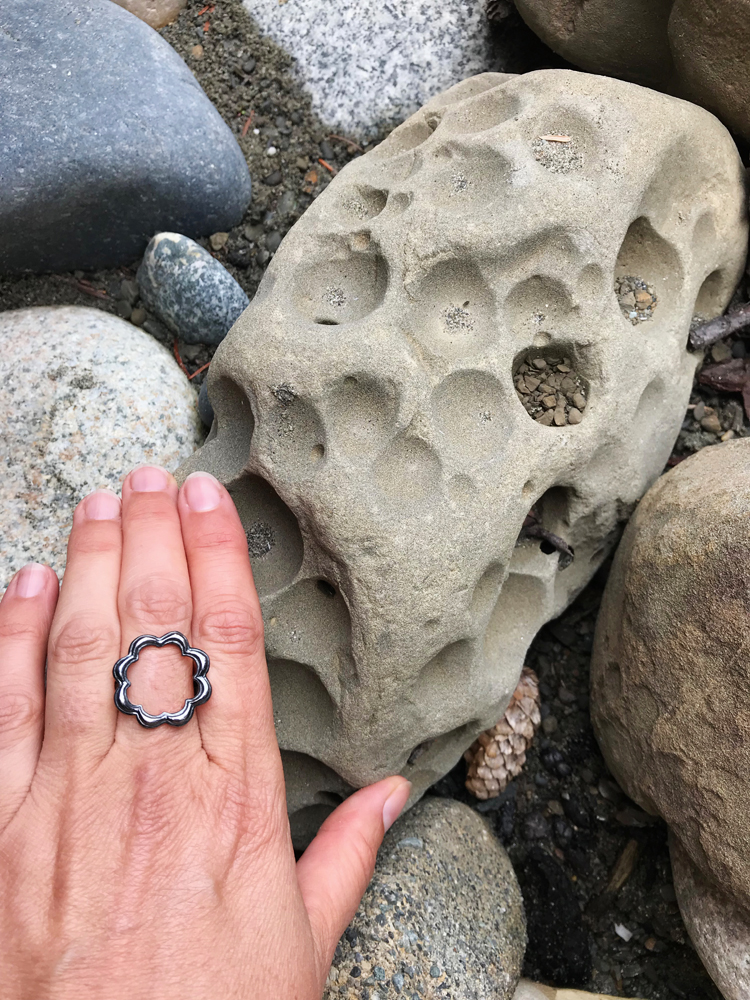 These rocks were just some of the interesting things I saw on this beautiful stretch of coastline. Here are my favorite sea stacks and a roundup of sea stars from the same area.

Oh, and if you’re interested in the fun scallop circle ring I’m wearing while admiring these rocks, you can get your very own in bright or darkened silver here.

It’s so pretty! Love this beautiful rocks and silver rings.

Mystery solved. How your jewelry gives a personalized boost to the day.

What do ghosts, art and the ACLU have in common? The sparkles will delight you.

An unexpected twist led to the creation of this surprising collaborative sculpture that will be auctioned off as a fundraiser for the ACLU. What do you think of the final result?!
Read More